One of our local crocs was seen fishing today. It knows one of the boats and usually comes for a visit when that boat is launched.

I saw it catch a fish but wasn’t quick enough to get it on camera.

After the school of fish moved on, the croc cruised over to the point to check us out. 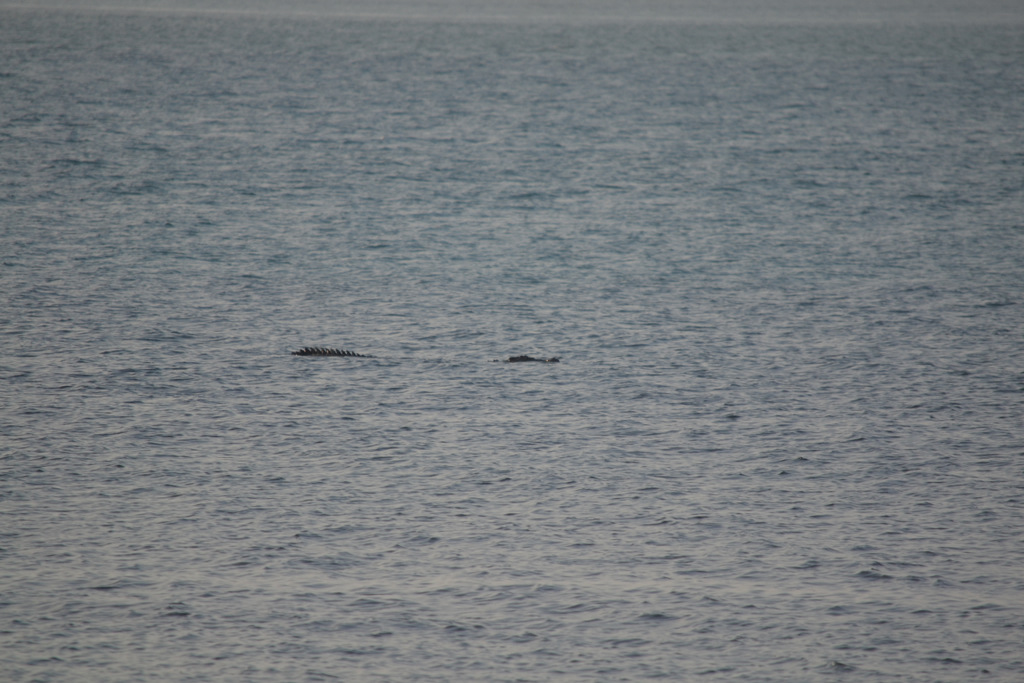 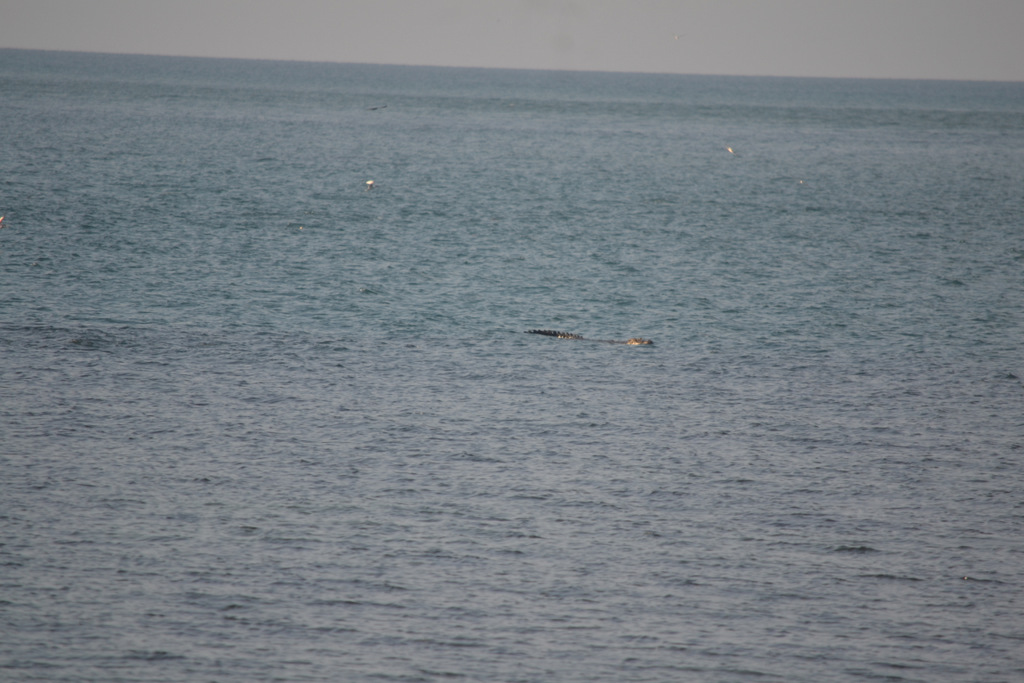 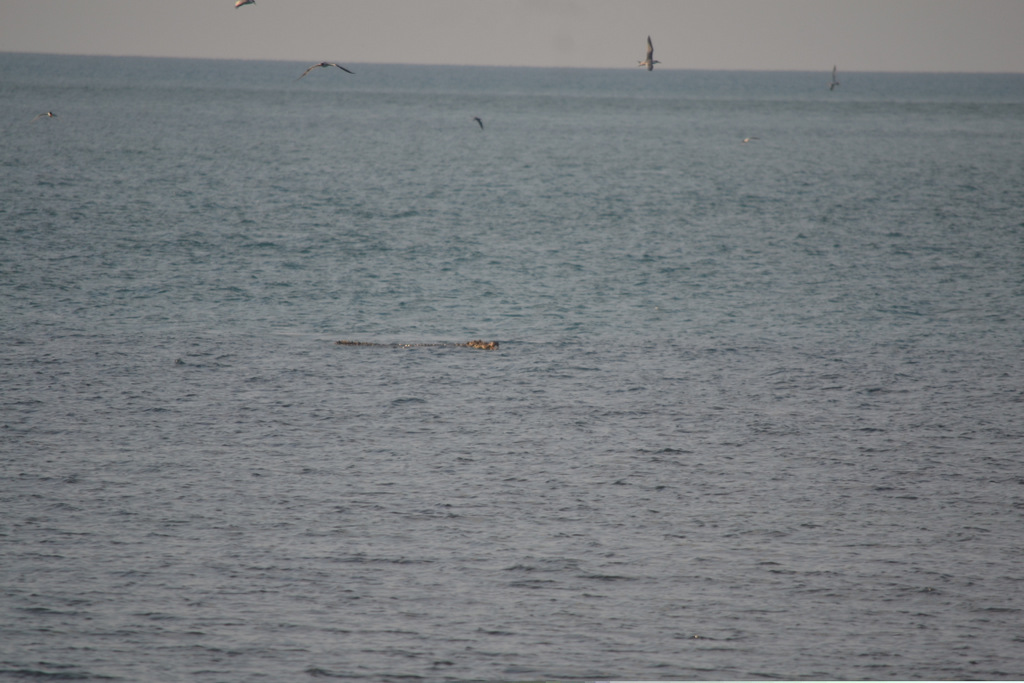 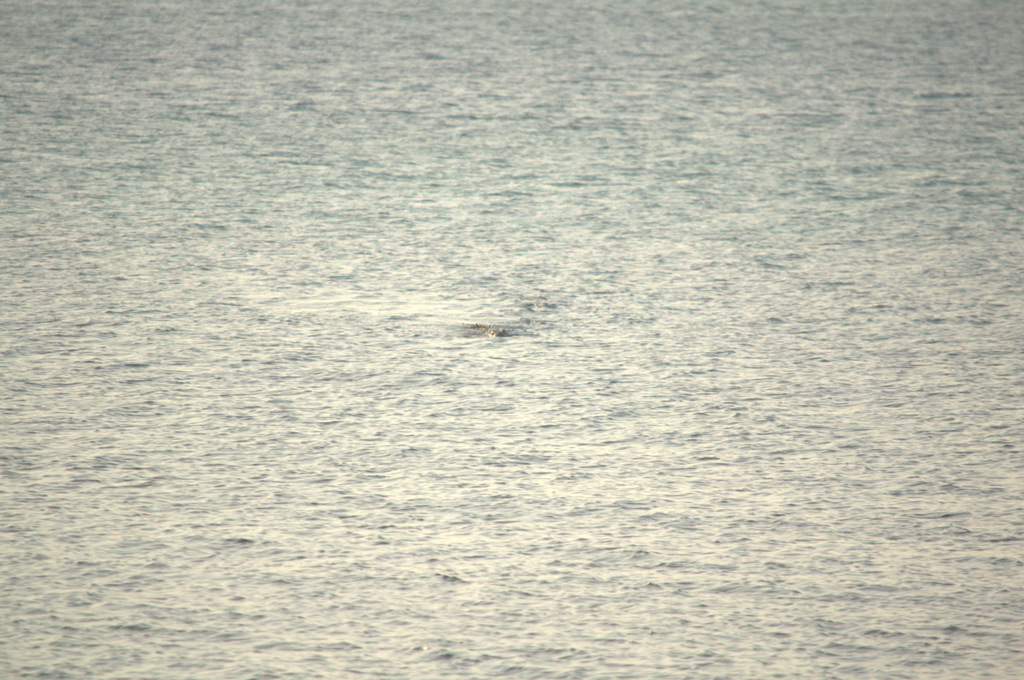 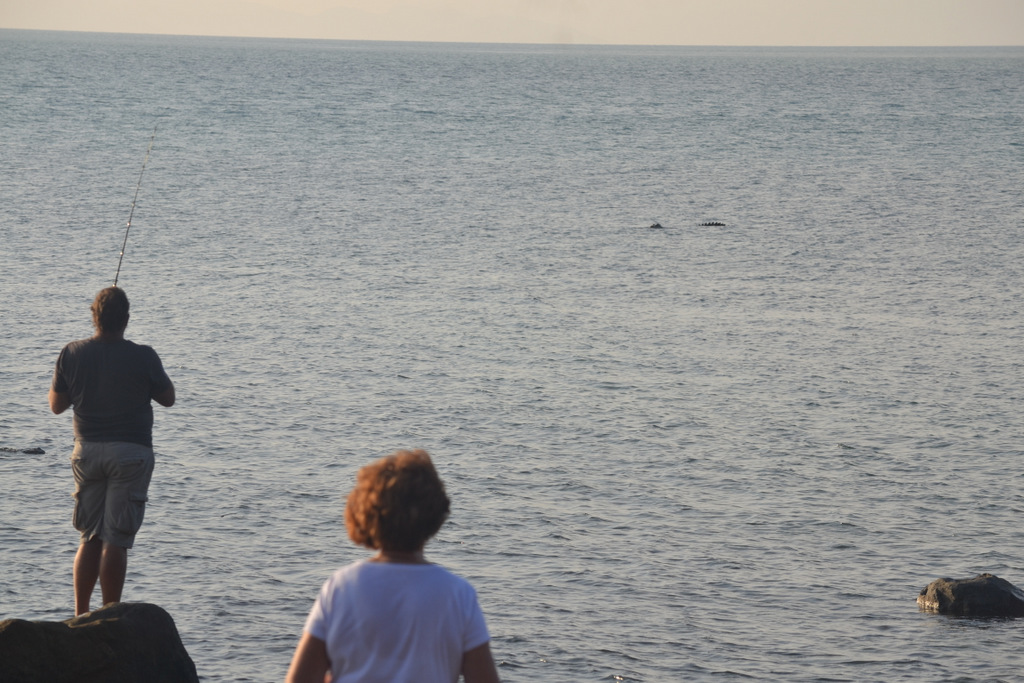 Here is a better photo of our sea creature, taken on North Sulawesi, Indonesia 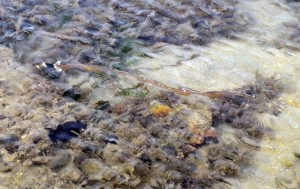 When we first got here and walked at low tide we spotted one of these strange creatures, when I asked around no one had seen anything like it, a sea snake with a frilled neck sounded pretty unlikely. Nothing came up on google and I had no picture to post on the forums.

We just spotted another and got a photo, I put it up on a snake and python forum and some brilliant mind has identified it for us! Apparently it is known in these northern waters and many countries across the tropics see fishbase. 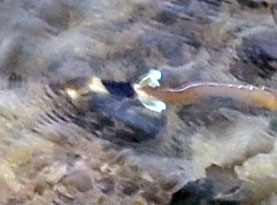 Alan and I decided to take the dory out for a crabbing and fishing trip.

We had the carcase of a Coral Trout Alan had caught a few days previously to use for bait.

As we started out, it commenced raining, then pouring, then really storming so hard the rain was hurting my eyes and I could hardly see. We had headed south(ish).

Alan was rather vaguely giving directions “Over there” and he would point around here and there. We ended up going up quite a small creek, dropping crab-pots off as we went. We kept driving (or whatever one does in boats) til a tree blocked out path – I had a little panic attack, but managed to do a 17 point turn without offending any dangerous under-water creek monsters. Left the crab-pots there and went into another creek. This was left past a sandbar and then a sharp right to miss a big rock, then up the creek. It was in the mangroves and mangrove creeks on an incoming tide, when the water is pretty clear, are very beautiful things. I didn’t bring a camera – but I will next time.

Alan put his line out for barra and I practised driving the boat. Alan got a couple of bites but no fish, so we went back to check the crab-pots.

The third pot had a nice sized one in it – very yummy looking.

Then headed back over the big wide ocean again -this time the waves had come up pretty big. Alan said that other than being as slow as a wet weekend I was quite good. The waves were fairly big and I wasn’t how easy it was to tip over the boat – pretty hard it seems.

A good day – and delicious crab for dinner!