The other night I was met at our back door by a 3.5m python. It was very quiet and relaxed but it too big to have around the house.

Earlier in the day some of our little birds had been getting quite agitated and making warning noises, but I couldn’t see anything at the time. So I think the python had eaten something from our garden.

I asked our neighbour to help bag it and then I re-located it on the banks of a nearby creek.

He grabbed the python and I helped put it in a bag – this was my first time handling a snake like this; it was very strong – two of us struggled to get it in the bag.

I then drove to a nearby creek and let the python out on the bank – it seemed like a nice place for a big python to live. 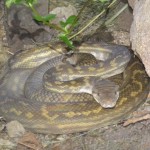 Curled up behind the house 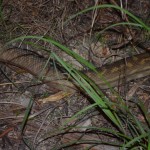 A bit of the python at it’s new home 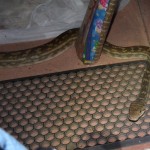 Coming in our backdoor 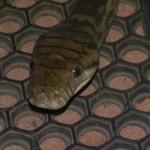 On the mat at our backdoor 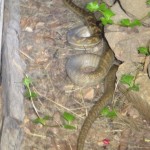 Moving away from the back door

This little Orange-naped snake (Furina ornata) was hiding next to our outside stairs. In spite of it’s very, very  bright orange colouring, it was well camouflaged in the dull brown leaf litter.

I presume it was a young one as it was only about 30 cms long –  they apparently grow to around 70 cms. 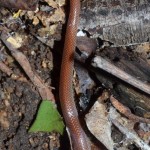 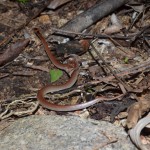 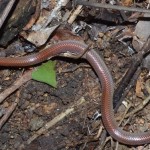 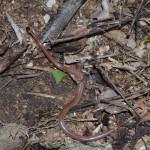 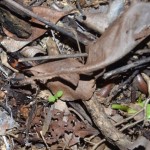 This colourful tree snake is very long. At the other end his colour changes to an olive green. He is living under this water tank in our yard. 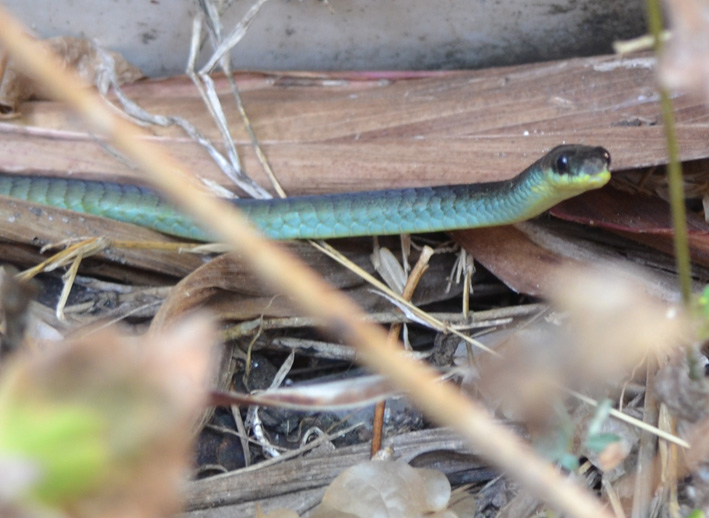 I heard a strange scuffling, scrunching sound outside our verandah. Looked over the edge and on the lawn noticed a small 80 cm or so long python inexorably dragging a much larger cane toad back along the grass.

The cane toad appeared stunned and although obviously alive, struggled very little. The python was only about 25-30 mm in diameter and the toad about 60-65 mm. The snake dragged it back about 3 meters to its lair in a rock wall. The cane toad grabbed onto grass and rocks on the way with its front claws but other than did not struggle at all. I was worried that the toad would kill the python once it was ingested, but wasn’t quite willing to tap the python on the nose and say “No”.
It took the python about 25 minutes to get the toad back to its hole in the wall.

It then slowly engulfed the toad – this was repulsive but fascinating.

The snake finally swallowed the whole cane toad – the whole process took over an hour. 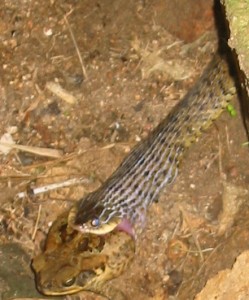 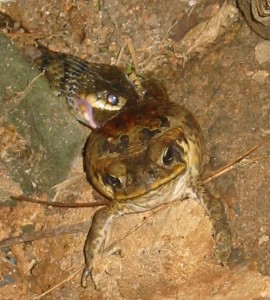 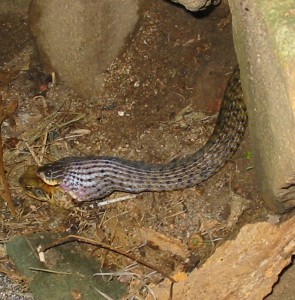 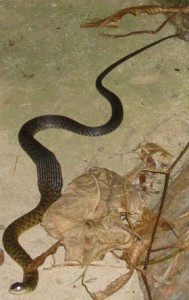 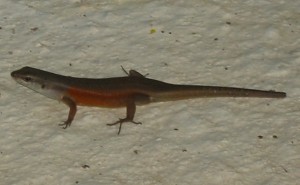 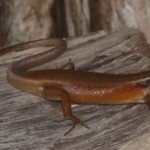 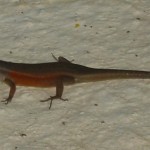