We saw, just outside our back door on the rock wall, a bloody big snail 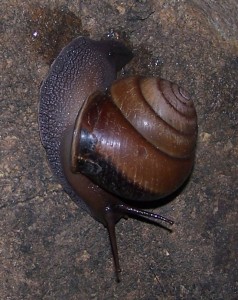 We have seen a few of these around the place (often at night) as well as discarded shells.

The shells are amazingly strong – you could probably break one with a hammer but not by standing on it.

We got Zoe (aged 6) to put her hand next to the snail – she was a little tentative as it is nearly as  big as her hand. 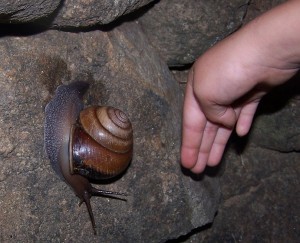